Your present location:
Homepage
/
News Center
/
Industry News
/
The first exhibition of the ceramic industry in 2020, the grand opening of the Foshan Tanzhou Ceramics Exhibition 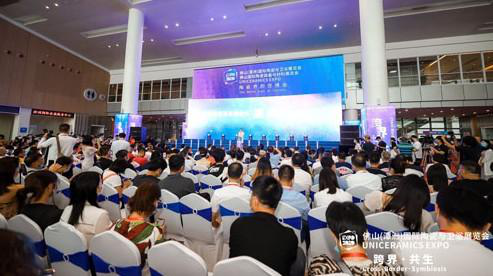 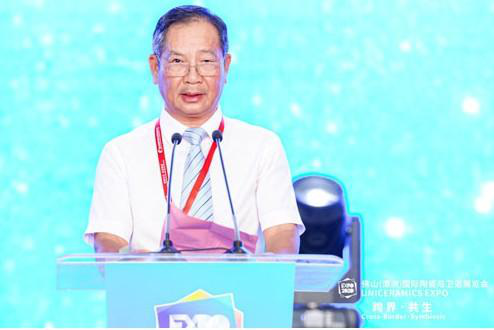 At the opening ceremony, Ye Delin, Chairman of Foshan Federation of Industry and Commerce and Chairman of New Pearl Group, took the stage and gave a speech.
Ye Delin said that this year's Tanzhou Ceramics Double Exhibition will be held at the same time. The on-site and off-site exhibition area will be 120,000 square meters. This exhibition will become the world's first exhibition in the ceramic industry in 2020. It is not only the world's largest professional exhibition in 2020, but also in China. The largest exhibition in the history of the development of the ceramic industry is also the largest exhibition since Tanzhou International Convention and Exhibition Center was put into use.
"The more the merrier". Today's achievements in the China Ceramics Professional Exhibition are not easy to come by. This is the manifestation of the hard work of Chinese ceramics people for decades. At the same time, the concern and care of party committees and governments at all levels, relevant functional departments, and business associations, the strong support from counterparts, business associations, and institutions in China, as well as the cooperation and support from cross-border colleagues in the furniture, stone, and design fields, express Thank you very much.
Foshan is the birthplace of the world-renowned building ceramic industry. World-class industrial clusters provide the soil for gestating world-class exhibitions. Relying on the advantages of Foshan's ceramic industry, Tanzhou Ceramics Exhibition has gathered leading domestic and foreign companies from a new starting point and gathered the innovative forces of the entire industry chain. It is a new engine to promote the high-quality development of Foshan and even China's ceramic industry.
Affected by the new crown epidemic this year, holding an exhibition that focuses on domestic sales at this time is of great significance to the development of the industry. Since July, there has been a wave of Tanzhou Ceramics Exhibition in the whole industry. Exhibitors have worked hard to catch up: rushing to design, rush to the exhibition, rush to publicize and promote, all want to show the best results of their company to all the guests, which fully proves It is a very correct thing to promote the holding of the Tanzhou Ceramics Exhibition, and it also represents the interests and development direction of the industry!
Ye Delin finally expressed his belief that the holding of this Foshan Tanzhou Ceramics Double Exhibition will definitely boost industry confidence and bring new development opportunities for enterprises in the entire industry chain! 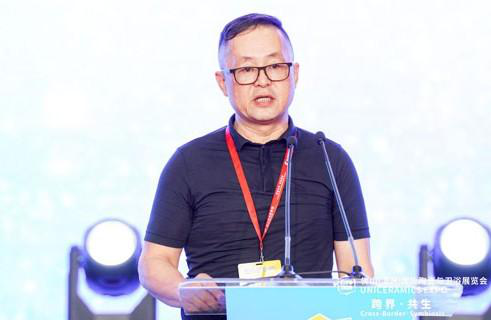 With technological innovation and progress, more and more functional attributes of ceramics are shown to the world. This exhibition has also received academic support from the Interior Branch of the Architectural Society of China. They will organize more than 10 major design institutes Dialogue with the dean. Dr. Ni Yang, the Deputy Secretary-General of the Indoor Branch of the Chinese Society of Immigrants, delivered a speech at the same time. He believed that Foshan has always been known as the southern pottery capital and has a long history of pottery culture, which is an important part of Lingnan culture. In recent years, Foshan Ceramics has continued to introduce new materials, new technologies, and new products. It has always been in the forefront of its domestic counterparts and has played an active role in leading the trend in the development of the national ceramic industry. In this event, they will carry out in-depth sharing around a series of theme exhibitions on medical, health, public transportation hubs and cultural and sports buildings that everyone is most concerned about. This is a high-end dialogue between the Architectural Society of China and the ceramic industry. This collision will fully reflect the compound. , The profound significance of the exchange between the institute and the ceramic industry, I believe this event will be a good start for mutual exchanges and joint cooperation. 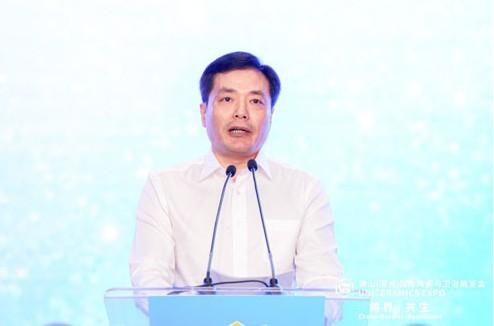 The Deputy Mayor of Foshan Municipal People’s Government Qiao Yu also delivered a speech for the opening ceremony. He said that due to the impact of the new crown epidemic, the exhibition had to be postponed until today. This sudden new crown pneumonia epidemic has indeed brought a great deal in all aspects. Shocks, but things have two sides, and dangers are also organic. Risks will also bring new opportunities.
At present, the situation of the epidemic abroad is becoming increasingly severe, and the situation of China’s epidemic prevention and control continues to improve. To date, Foshan has no new cases for 88 consecutive days. While preventing and controlling the epidemic, social and economic operations are trending. Yu normal. The International Ceramics Exhibition held here today opened 10 pavilions in the Tanzhou International Convention and Exhibition Center for the first time, with an exhibition area of ​​120,000 square meters. Today's International Ceramics Exhibition may be the world's largest international ceramics exhibition. Of course, you must be sober. The gap, benchmarking against world-renowned exhibitions like Italy, Tanzhou Ceramics Exhibition, there are many more perfect areas, how to make up for the shortcomings as soon as possible is the direction of future efforts.
In recent years, the transformation, upgrading and innovative development of Foshan’s convention and exhibition industry have been continuously promoted. In May of this year, the municipal government specially issued the "Funding Support Measures for the Promotion of the Exhibition Recruitment of Tanzhou Convention and Exhibition Center". High-profile and influential brand professional exhibitions have driven Foshan’s exhibition industry to a new level. At the same time, the development of the exhibition industry has helped Foshan’s industrial transformation and upgrading. I believe that with the gradual improvement of the exhibition facilities of the Tanzhou Convention and Exhibition Center, it will be able to Properly organize Foshan's industrial exhibitions and professional exhibitions to create the characteristics of Foshan. 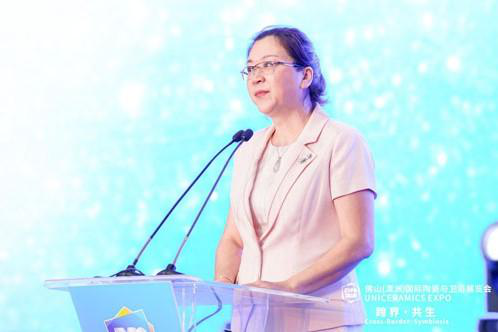 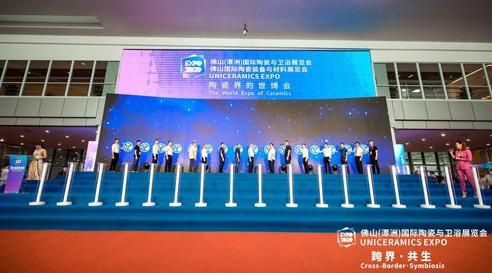 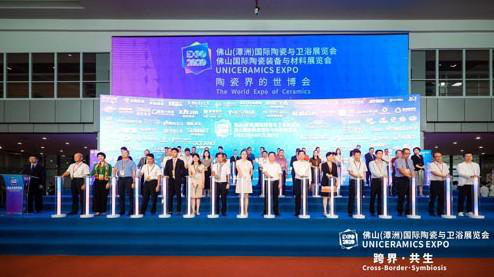 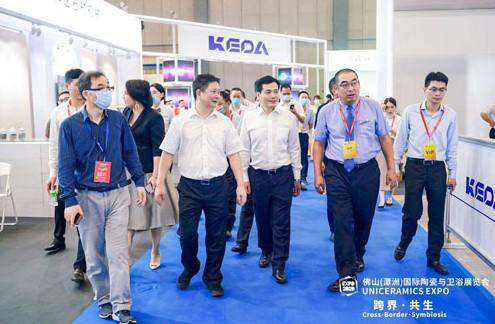 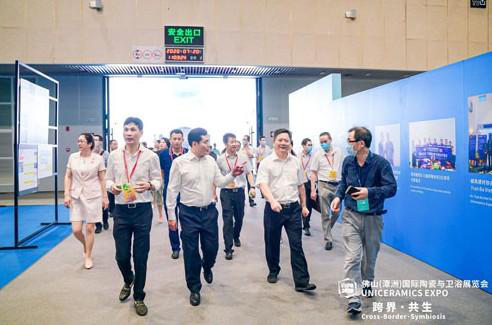 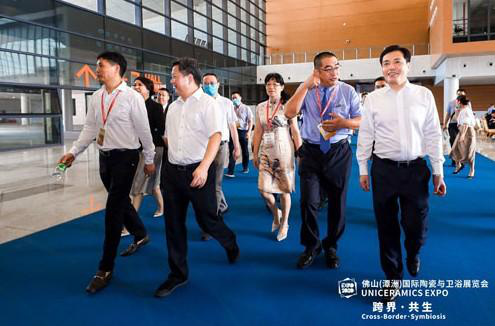 Qiao Yu finally stated that with the strengthened leadership of the Party Central Committee, the strong support of higher-level departments, and the wisdom and efforts of the majority of entrepreneurs, governments at all levels in Foshan will work with entrepreneurs to face difficulties and challenges, seize opportunities, and accelerate construction. The domestic and international dual cycle, various promotion of new development models, active expansion of the domestic demand market, and stabilization and expansion of the international market have enabled Foshan's economy to be stable and long-term.
Next, CCPIT Guangdong Council for the Promotion of International Trade Cui Shuang took the stage to give a speech for this event. Cui Shuang believed that Foshan is a city well-known for its ceramic industry. This ceramic exhibition is the opening of the International Convention and Exhibition Center in the first and second phases of ten venues. The entire booth area reached 120,000 square meters. This can be said to be the first exhibition of the entire ceramic industry in 2020. It is also the largest exhibition in the world this year. The holding of this exhibition can be said to be of great significance. The new achievements in the ceramic industry will have a good promotion effect on the promotion and application of new products and technologies in the ceramic industry, and will inject new functions into the development of China's ceramic industry, and also bring new ideas to the development of Foshan manufacturing. Opportunity. I believe that this exhibition can be used as a breakthrough point, which will promote the whole building ceramic industry to gather together, explore new development directions, and seek a better future together. I hope that all parties of the Tanzhou Ceramics Exhibition can seize the opportunity and further develop. The exhibition’s influence and radiation have reached a new level, showing new charms, holding a ceramics event with high-end specifications, leading industries, and favored by buyers, setting up a demonstration sample of the high-quality development of Foshan’s exhibition industry, and becoming Foshan manufacturing and Foshan Shining business card for the exhibition industry.
At present, the world has entered the moment of rock slab and thick brick. Rock slabs and outdoor thick bricks, as new species, broken boundaries of ceramics, stone, and furniture, create new links between each other, form new kinetic energy, change the development logic of the ceramic industry, cross-border integration, and superimpose advantages. It has become the key for ceramic companies to win in the new track. "A single flower does not mean spring, and a hundred flowers bloom in the garden." At this exhibition, Foshan Tanzhou Ceramics Exhibition attracted many colleagues in the fields of stone, furniture and design to the exhibition site. At the opening ceremony, the organizing committee invited leading enterprises in the fields of slate, furniture, stone, and design, industry elites, and business associations as initiators to publish the "Tanzhou Declaration" and jointly launch the world's first "Slate Industry Bridge Alliance" "Cross-border integration and common development will add new momentum to the cross-border development of the rock slab industry.
After the launching ceremony of the "Slate Industry Bridge Alliance" was completed, the most important moment came, which was the launching ceremony of the opening ceremony of this event. Party Secretary and Chairman of Guangdong Council for the Promotion of International Trade Fang Lixu, Vice Chairman of Guangdong Council for the Promotion of International Trade Cui Shuang, Vice Mayor of Foshan City Qiao Yu, Chairman of Foshan Federation of Industry and Commerce, Chairman of New Pearl Group Ye Delin, Secretary of Party Leadership of Foshan Federation of Industry and Commerce Li De, Foshan City Council for the Promotion of International Trade Party Secretary and Chairman Ma Xiangyu, Director of Sino-German Industrial Service Zone and Sanlong Bay Management Committee Liu Yi, Deputy Director of Foshan Municipal Bureau of Commerce Tong Quanqing, Deputy Director of Foshan Sino-German Industrial Service Zone (Sanlong Bay) Management Committee Zhang Yun, Foshan Liang Tongcan, Chairman of the Ceramic Industry Association and Chairman of Hongyu Group, Xiao Hua, Chairman of Mona Lisa Group, Xie Yuezeng, President of Aesthetic Group and General Manager of Marco Polo Tiles, Yu Aimin, Vice President and Chief Engineer of Nobel R&D, Guangdong Building Materials Industry Association Chang, Keda Manufacturing Chairman Bian Cheng and other leading guests took the stage and jointly unveiled the opening ceremony.
With the grand announcement by Chen Huan, President of Guangdong Ceramic Association, the 2020 Foshan (Tanzhou) International Ceramics and Sanitary Ware Exhibition and the 2020 Foshan International Ceramics Equipment and Materials Exhibition will be grandly opened!
A new era belonging to the ceramic industry has been opened. We sincerely look forward to Foshan ceramics, Chinese ceramics, and world ceramics shining brightly in Tanzhou!

Scan the QR code to read on your phone